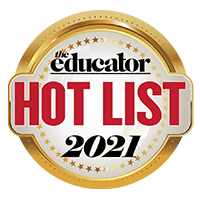 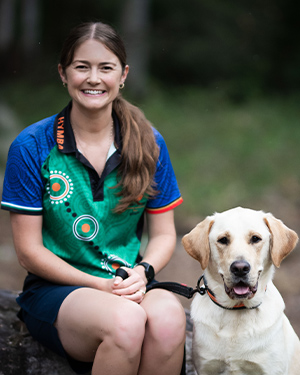 Pauline McLeod, HPE Teacher at Hymba Yumba Independent School and dog trainer has had a long association with animals both personally and professionally. Growing up she was surrounded by animals large and small, which has afforded her with a broad knowledge in the handling and training of animals.

Pauline spent some time living and working in Mount Isa as a teacher and a dog trainer. It was here that she began her long-term vision of having students work with dogs, strongly believing that dogs could significantly assist students both in and out of the school environment. She believes that dogs can have a calming effect on students and that if students have the opportunity to learn how to train a dog, they would in turn learn important life skills such as responsibility, discipline and empathy.

Pauline’s vision became a reality when she moved to Hymba Yumba Independent school as a HPE teacher and teacher of the Dog Training and Handling Program. Principal Peter Foster, inadvertently shared Pauline’s vision and together in collaboration with Craig and Tracey Murray from Empower Assistance Dogs, implemented a Dog Training and Handling Program within the school.