Beside each of the listed donation amounts was a humourous reason why the parent chose it.

For example, a donation of $15 tells the school: “I do not want to bake so here is the money I would have spent on those cupcakes.”

On Facebook, the “Alternative Fundraiser” got a positive response from amused parents, who shared the post over 165,000 times.

One mother wrote: “I was wondering about such options when my daughter came home with her first fundraiser the second week of school. I'd have much rather seen these options.”

Another commented: “I bet they raise a TON more money this way.”

Heinz, who originally posted the note, told CNN that the alternative fundraiser made the school year less overwhelming, especially for parents with more than one child.

“It's usually three and we can't approach the same family members for all three of them.” 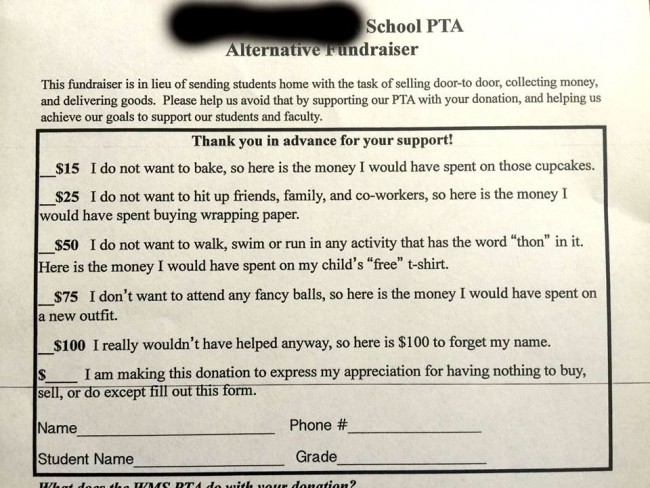