As part of the 2017 Together for Humanity Youth Summit, Revesby Public School was selected to present a proposal at NSW State Parliament to religious and community leaders, and the NSW Education Minister and members of Parliament. Through the summit, Revesby students challenged themselves in workshops to consider cultural assumptions through discussion with community members representing several religious and ethnic groups, as well as students with disabilities. As a result, the school is now implementing several strategies itself to ensure its students all feel they are “a part and apart” of its community. Among these strategies, the hijab and turban will be included in school colours with the school logo; discussion will be formalised through assemblies and school newsletters about culture; an existing school garden will be used to build an understanding about Aboriginal and Torres Strait Islander culture through guided tours, on which students will learn about plants, land and interactions with each other; and a silent clap is to be included in the school’s assemblies as a means of being more inclusive of students with disabilities. 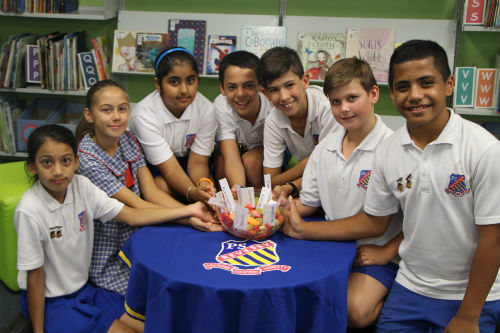